New Jersey boasts some of the most picturesque beaches along the East Coast.  If you have a great shot that celebrates and embraces the natural elements of the Garden State’s beautiful coastline, submit the image to NJSGC’s revamped “Favorite Beaches of the Jersey Shore” photo contest! Ultimately, the top twelve photos will be used to create New Jersey Sea Grant Consortium’s annual desktop calendar for 2022.

New Jersey Sea Grant’s graphic design team will select 24 photos from all entries received up until Tuesday, June 1st (5 pm EST).  Those finalists will then be posted on the NJSGC website where visitors can vote for their favorite throughout the month leading up to the July Fourth holiday.

(If your submission does not meet the following guidelines, it will not be considered)

Winners will be announced prior to the July Fourth holiday.  These images will be used to create the 2022 NJSGC downloadable desktop calendar (https://njseagrant.org/desktop-calendars/), which will also feature useful coastal facts and information to help locals and visitors learn more about and appreciate the Jersey Shore. 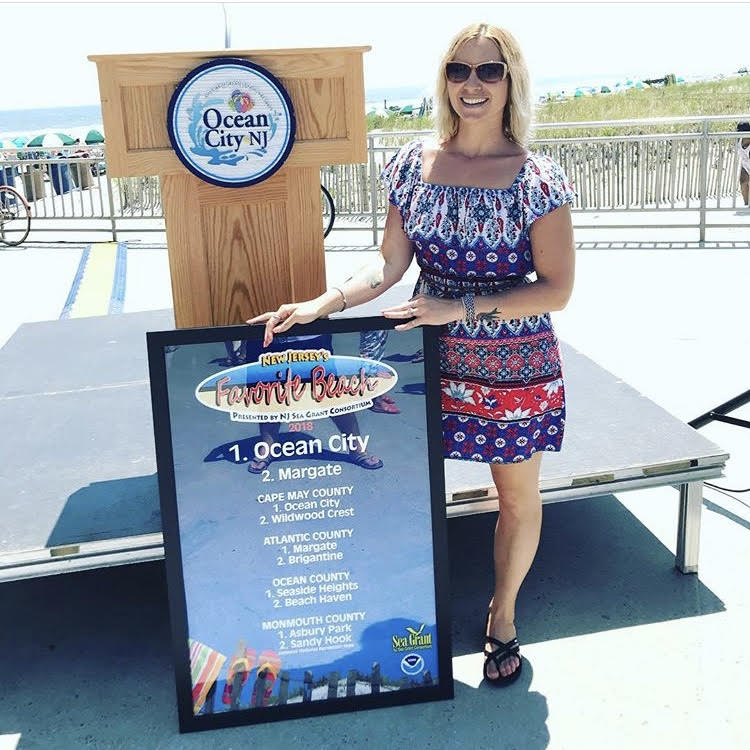 Communications is a vital component of the Sea Grant network. As an organization, the New Jersey Sea Grant Consortium is committed to fostering the wise use, conservation and development of the nation’s coastal resources. One of the best ways to achieve this is generating and disseminating unbiased information products to everyone with a stake in the Consortium’s mission. Communications provides comprehensive services to the Consortium and its project partners using all possible means and mediums including, print, computer and web based technology, video, radio and broadcast television.

In 2008, the New Jersey’s Top Ten Beaches Survey was created by NJSGC and the Richard Stockton College Coastal Research Center to encourage stewardship and pride in the state’s beaches while promoting a little healthy competition among New Jersey’s favorite beach towns. The voting traditionally opens up on the New Jersey Top Ten beaches web site in mid- to late February and continues through the end of April. The results of the survey are announced each year just before Memorial Day weekend at the NJSGC’s State of the Shore Media Event, a premier gathering of coastal experts, State officials, and members of the news media, to kick off the Jersey Shore summer.

END_OF_DOCUMENT_TOKEN_TO_BE_REPLACED 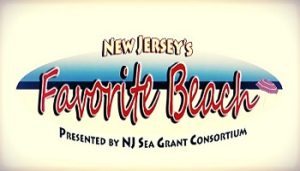 In honor of the July 4th holiday weekend, the New Jersey Sea Grant Consortium announced the official winners of this year’s ‘Favorite Beaches’ poll during a gorgeous beachside ceremony held at Music Pier in Ocean City on Thursday, June 29.  This popular shore town remains defending overall champion, snagging more than half the votes (which totaled 7,200).

The survey was first created in 2008 and initially deemed “New Jersey’s Top Ten Beaches,” to help encourage stewardship and pride in the state’s beaches while promoting a little healthy (and friendly) competition between NJ’s beloved beach towns. The contest has since become a highlight of the Garden State’s summer festivities.

But over the years we’ve come to realize something at NJSGC — New Jerseyans are passionate about visiting ALL different sand and surf hotspots throughout the state! So, in order to better recognize every part of our wonderful coastline, as of 2016 we picked individual victors from all  four coastal counties (while still naming a top overall winner).

Voting really started to heat-up in June 2017. So without further delay, here is the official breakdown!

Thank you again for your participation, and stay tuned for more details about next year! Please also visit NJSGC’s official Facebook and Instragram.

If it is summertime, you can be pretty sure that most New Jersey residents have plans to make it to the beach. And with so many miles of wonderful coastline, why wouldn’t they? Whether it’s for a day trip or a whole week, New Jersey beaches are prime locations for summer fun in our great outdoors.

This poll was created in 2008 as the New Jersey’s Top Ten Beaches Survey to encourage stewardship and pride in the state’s beaches while promoting a little healthy competition between New Jersey’s favorite beach towns. It is a way to celebrate everything there is to love about the Jersey Shore. We’ve conducted this poll since 2008 to call attention to New Jersey’s amazing beaches. Over time we’ve learned a thing or two — mostly that New Jerseyans are passionate about all the beaches up and down our coast. So, in order to better recognize every inch of our wonderful coastline, this year we will recognize a number one beach in each of New Jersey’s four coastal counties as well as a favorite beach overall.

This year after nearly 10,000 votes cast in a public poll, New Jersey Sea Grant Consortium revealed the winners in Ocean City, the defending champion of the poll.