Get the shades and sunscreen out! Several early weather forecasts already predict a hot-and-dry summer season throughout New Jersey, with much less rainfall compared to last year. With sunnier days and warmer temperature ahead, even more people will be flocking to the Garden State’s beautiful coastline over the next several months.

Dr. Jon K. Miller (NJSGC/Stevens Institute of Technology) delivered a promising report at this year’s State of the Shore media event, announcing that NJ beaches are in prime condition heading into the Memorial Day Weekend (and beyond). 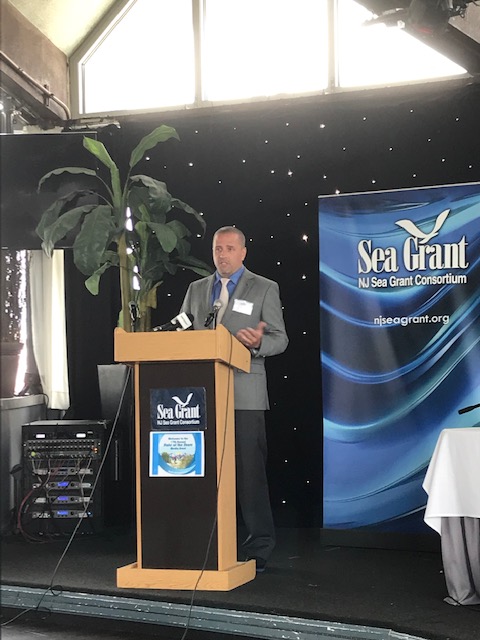 “Overall, New Jersey enters this summer season with its beaches in extremely good shape. The past two winter storm seasons have been relatively mild which has allowed the beaches to remain fairly robust. Many communities have benefited from the addition of sand through beach nourishment projects since [Hurricane] Sandy, and the majority of that sand remains in the system, ready to absorb the impact of future storms. As is typical in the late spring/early summer, the beaches are currently in their most narrow configuration; however, they will likely regain their width in the coming months as offshore sand bars migrate towards the coastline and reattach. Due to the relatively mild winter, it is likely that the beaches will regain their full width early on in the summer season which is good news for coastal residents, businesses, and visitors.” 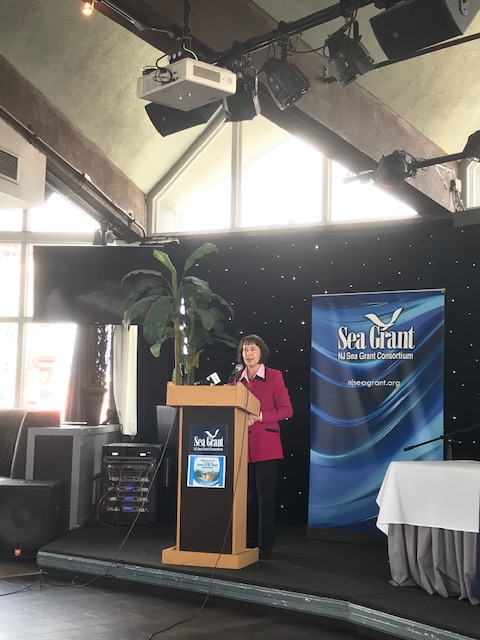 “More than 80 percent of surf-related ocean rescues are attributed to rip currents,” said Dr. Williams. “It is critical that swimmers not panic if caught in one and that they swim parallel to the shoreline until they are no longer in its grasp. At that point, they should be able to swim safely back to shore.” 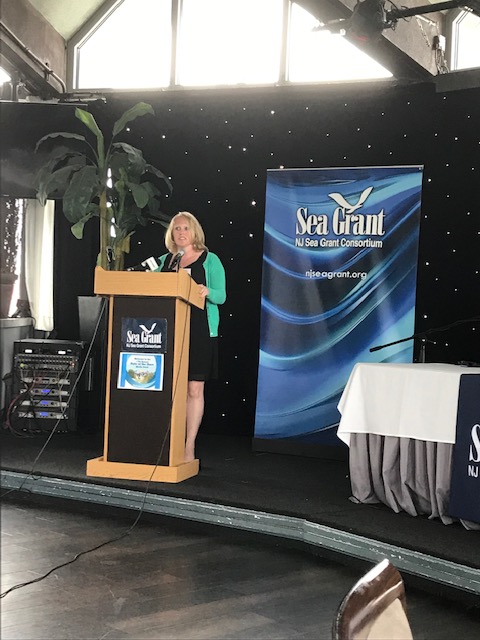 NJSGC wishes everyone a happy and healthy summer – please stay tuned for more exciting announcements throughout the season!

STATE OF THE SHORE (press coverage):

NJ TV Online, “A Positive Forecast at the Annual State of the Shore Event”

NJDEP, “State of the Shore Event Kicks off Season with Overviews of Water Quality, Public Access, Resilience, and Swimming Safety”

My Central Jersey, “NJ Beaches: Ways to be Shore Ready this Summer”

WBGO, “Report Says NJ Beaches are in Good Shape with Summer Near”